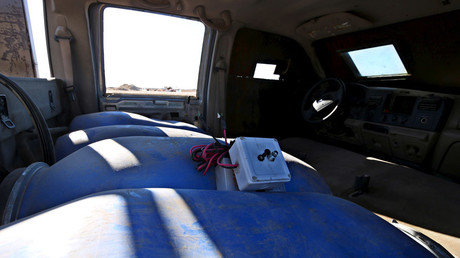 Components found in the explosives, Churkin wrote, “indicate that they were either manufactured in Turkey or delivered to that country without the right of re-export.”

Churkin specifically noted a sevenfold export increase from Turkey to Syria of ammonium nitrate used by terrorists as a component for the manufacture of improvised explosive devices.

He also noted that the “detonation cords manufactured in third countries have been illegally resold through Turkey to ISIL fighters,” as bombs used by Islamists also contained American made microcontrollers produced by Microchip Technology, Swiss-made transistors made by ST Microelectronics and Finish Nokia phones model 105 RM-908.

“These facts demonstrate that the Turkish authorities are deliberately involved in Daesh activity, as they are providing access to components for improvised explosive devices that are being widely used to commit terrorist acts,” the Russian envoy said. 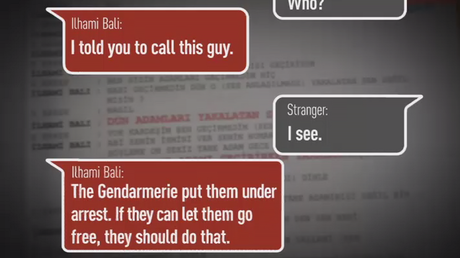 The Turkish Foreign Ministry was quick to reject Russia’s claims calling the letter “the most recent example of Russia’s propaganda campaign against Turkey.”

Russia has repeatedly accused and presented evidence of Turkish involvement in running IS operations in Syria and Iraq. Churkin’s letter comes following an earlier 20-month long study published by Conflict Armament Research (CAR), which concluded that over 50 companies from 20 countries, sold or received hundreds of components used by Islamic State terrorists to build explosive devices. A total of 13 Turkish firms were found to be involved in the supply chain.

The 107-page report concluded homemade explosives can easily be assembled using everyday products that are actually not subject to transfer controls such as export licensing. As a result, their supply within the region is basically unregulated and weakly monitored. Other key components, such as detonators and detonating cords, are subject to export licensing, but are also commonly used in commercial activities, such as mining and industry.