Gülamhusejn Muhamednia, the Iranian ambassador to Albania, who was expelled from Albania, in an interview with Iranian media has disclosed the details of his deportation from Albania, and the reasons for canceling Prime Minister Benjamin Netanyahu’s visit to Albania.

IRNA: As ambassadors in Albania, how do you assess the government’s decision to expel Iran’s top diplomatic officials?

Mohamednia: Unfortunately, the Albanian government has made a huge mistake. It has done an action that was prepared based on a scenario designed by the United States and the Zionist regime and this action can be explained in this way that the state of Albania became the victim of this scenario. It is clear that the US government and the Zionist regime have played a direct role in encouraging the Albanian government to expel the Iranian ambassador from Albania.

On December 14, 2018, the President of America sent a letter to thank the Prime Minister of Albania, while the Albanian Ministry of Foreign Affairs on December 19, 2018, declared the expulsion order of the ambassador and an Iranian diplomat. It means that Trump’s letter was sent five days before the Albanian Ministry of Foreign Affairs declares such a decision.

Also, the Israeli Prime Minister had conducted an interview in which he stated that his visit to Albania is conditioned by the issue that Iran’s ambassador is not in Albania. Meaning it was a completely clear script that had a certain purpose. The purpose of this action was to break Iran’s and European Union relations and this was considered a sort of retaliation by Trump and the Zionist regime to cover their failures. ” 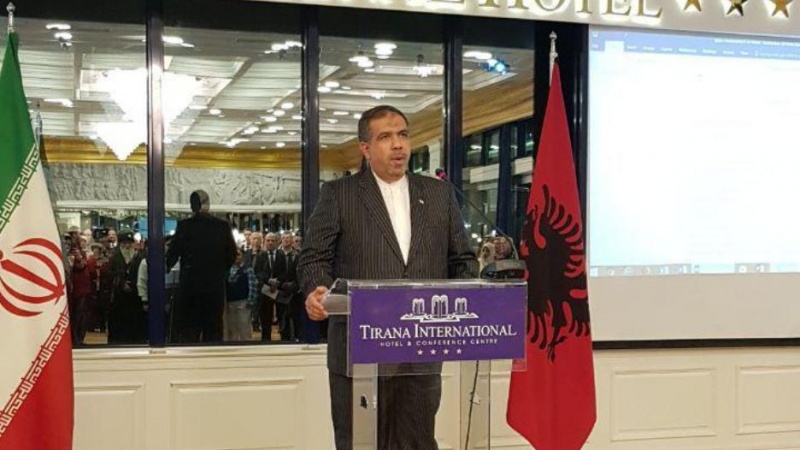