Even though Kosovo does not even have an ice-rink. 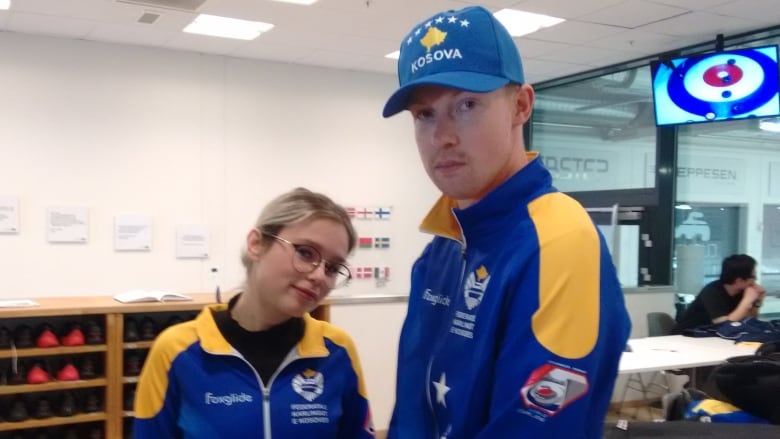 Peter Andersen spent every weekend of his childhood in Kingston, Ont., at the curling club and dreamed of one day representing his country on the ice.

He’ll get that chance at the 2019 world mixed doubles curling championship in Stavanger, Norway — but wearing the colours of Kosovo, a young, tumultuous country formerly part of Yugoslavia and Serbia that doesn’t even have ice to curl on.

“I never imagined I’d have the opportunity to play for a country that didn’t even exist until I was 15 years old,” Andersen said. “But it’s absolutely amazing and I’m beyond excited to curl this week.” 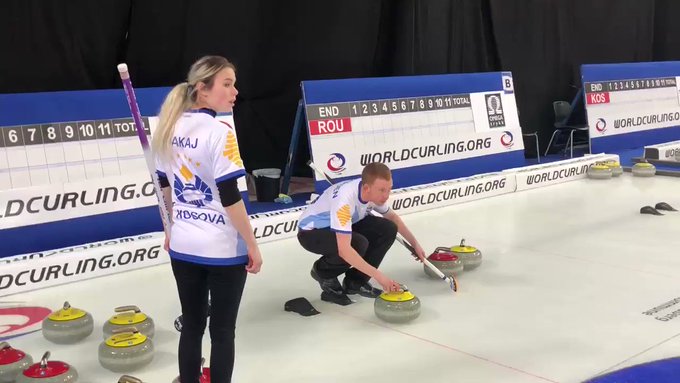 KOSOVO IS ON THE CURLING ICE FOR THE FIRST TIME EVER.

And it’s Kingston’s Peter Andersen who is in the Kosovo colours. His story this weekend across our @cbcsports platforms. Remarkable. #cbccurl @CBCOlympics

Andersen moved to Kosovo in 2016 after graduating college, but missed the sport he grew up playing. Since then, he has introduced kids in the capital city of Pristina to “street curling,” attended a pair of World Curling Federation congresses as Kosovo’s representative and travelled to Budapest and Bratislava to get Kosovars on ice for the first time.

He also met his mixed doubles teammate Eldena Dakaj and coach Meriton Zeneli, who are both with him in Stavanger. Dakaj is a management and entrepreneurship student at RIT Kosovo — an American university Andersen partnered with to help grow the sport — and was the lone female curler to attend the on-ice clinic in Budapest. 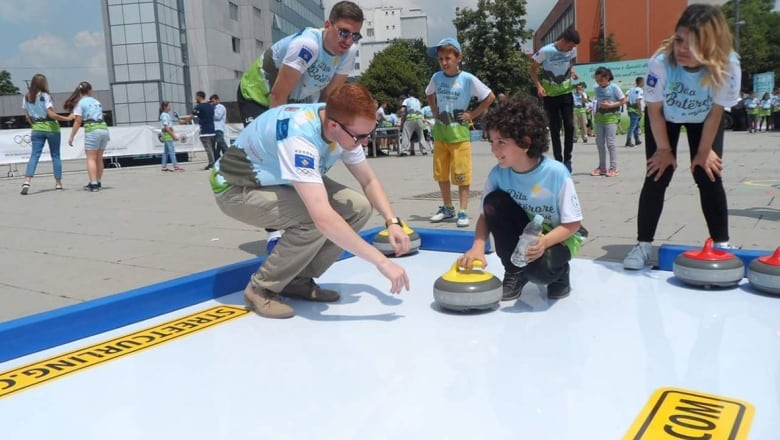 Andersen, left, said street curling was a hit with schoolkids in Pristina, with hundreds trying out the modified version of the sport in the summer of 2017. (Celia Russell)

“At first I was like ‘yeah, this is easy,’ but then I was like ‘maybe not’ because it’s ice and I’ve never been on real ice before,” said Dakaj, whose balance later improved, allowing her to enjoy playing the sport even more.

Zeneli played a key role in curling’s Kosovar inception; the translator met Andersen when he first brought over the 500-kilogram street curling sheet.

“[Peter] had to go to the customs and pick it up and he was concerned about the language barrier,” said Zeneli, who works as a translator. “I just offered him a ride to the place to help him out.”

“The rest is history,” Andersen said.

Challenges on and off the ice

But even with curling’s rapid growth in a short amount of time in Kosovo, competing at the world championship wasn’t guaranteed.

“We didn’t exactly make it in right away,” Andersen said. “We were waitlisted and then we were only just told in January that we made it in [when] another team dropped out.”

That development was a pleasant surprise for Dakaj. “I thought this would happen after two or three years in a maybe sense,” she said. “It feels great.”

Andersen initially wasn’t going to be on the ice for Team Kosovo, with Dakaj and Zeneli set to compete, until he discovered he was eligible to compete on the team.

“There’s a rule within the World Curling Federation that you either have to be a citizen or have a passport of the country you’re representing or you can be a resident, but you have to reside there for two years before you’re eligible to play for that country,” he said. “I’ve now lived in Kosovo for almost three years, so they cleared me to play.”

That suited Zeneli just fine, who stayed with the team as a coach to continue immersing himself in the sport.

“We actually thought we would have a better chance to score a win or something out of seven games if Peter played instead of a beginner like myself,” Zeneli said.

Even with a team at worlds, curling in Kosovo faces the twin challenges of minimal funding and no ice facility in the country to curl at — and that’s before considering the ongoing geopolitical issues plaguing the country. Relations with Serbia, which Kosovo declared independence from in 2008, continue to play a role in the longstanding tensions between the two countries that predate the bloody conflict of the 1990s.

‘Participating is already a win’

At this tournament, the definition of winning is a matter of perspective; countries like Canada carry podium expectations and the host Norwegians inevitably want to put on a show for their home fans. But for Kosovo, stepping onto the ice is itself an accomplishment.

“Us participating is already a win, considering especially the financial constraints,” Zeneli said. “We had no support except for people’s donations through our GoFundMe campaign.”

“Us being here is already a dream come true, but it wouldn’t hurt if we win at least a game.” 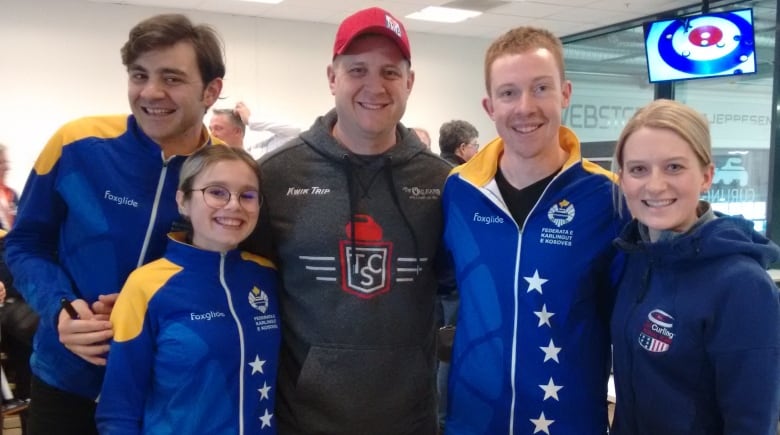 There’s also the social aspect of the sport, which Zeneli particularly enjoys.

“I love it. I was looking for a sport that goes with drinking for years,” he joked before earnestly discussing curling’s potential appeal to kids in a country with limited sporting options. “We think it could interest lots of people.”

Andersen sees the tournament as a tremendous learning opportunity for Dakaj and Zeneli as well as a chance to attract interest from Kosovo’s government and business community. It’s also another step closer to full membership with the World Curling Federation, which would give the sport much-needed funding.

‘This is discrimination:’ Challenges of being an athlete from Kosovo