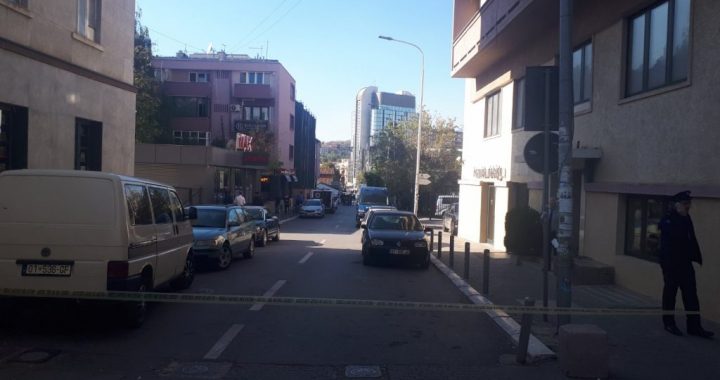 The Kosovo Special Prosecution is investigating an incident at the Central Election Commission, after officials verifying postal votes suffered allergic reactions after coming into contact with envelopes sent from Serbia.

Afrim Shefkiu, acting Chief Prosecutor of the Kosovo Special Prosecution has confirmed to BIRN that an investigation has been launched into a potential poisoning of officials at the Central Election Commission, CEC.

The officials were in the process of verifying postal votes cast in the October 6 parliamentary election. The process was suspended at around 11 a.m. Sunday morning after some officials suffered an allergic reaction on their hands and face after coming into contact with envelopes sent from Serbia.

An observer of the count from the Germin NGO, Shpetim Shujaku, told local news agency Kosovapress that 26 officials were affected. “When these envelopes were opened they had a very strong odor,” Shujaku said. “Some of the CEC officials who had physical contact with these envelopes started having reactions, their hands turned red, they were itching and there were some signs around the eyes.”

According to Naser Ramadani, the head of the Infectious Disease Clinic at the University Clinical Center of Kosovo, QKUK, the state of those affected is “stable.”

“We are doing all the analysis to understand where the poisoning came from,” Ramadani said.

Stefan Veselinovic, who represents Lista Srpska at the CEC has said that the incident is an “orchestrated show” to steal the votes of Lista Srpska and distribute them to other candidates that have not collected enough votes to become deputies. His sentiments were echoed by a press release from Marko Djuric, the director of Serbia’s so-called ‘Office for Kosovo and Metohija’, who stated that today’s news is an effort to “manipulate” the votes of Kosovo Serbs.

“From what happened today we can all see what chauvinist idiots are engaged in politics in Prishtina,” Djuric said. “All this is done so that Serbs are again accused and exposed towards hatred by deceit, in order to relieve Rada Trajkovic and other Kurti candidates from the wrath at their election disaster.”

Vetevendosje’s prime ministerial candidate Albin Kurti has stated that he would be interested in including other Serb politicians in the incoming government rather than members of the Belgrade-backed Lista Srpska.

More than 15,000 postal votes were cast in the election on October 6, with more than 3,000 being sent from Serbia. Provisional results published last week by the CEC put Vetevendosje in first place on around 25.5 per cent of the vote, with the Democratic League of Kosovo, LDK, only just behind on around 24.8 per cent.

22 thought on “Investigation launched into poisoning of election commission officials”