Over the past 15 years, the Kosovo Government has allocated millions of euros from the state budget to a private school in Prizren, despite the legal basis for the payments being contested and the public education system suffering from a desperate lack of funds.

On September 2, the start of the 2019/20 school year, outgoing Prime Minister Ramush Haradinaj delivered a speech to mark the occasion from outside the Loyola Gymnasium, a private elementary and high school in Prizren. It was Haradinaj’s son’s first day of school at Loyola, an institution to which his government allocated hundreds of thousands of euros of public money.

The Office of the Prime Minister failed to respond to BIRN’s questions over how much the outgoing prime minister was paying for his son’s private education. Fadil Hamzaj, the Chairman of the Board and General Principal at Loyola, also refused to reveal how much the Haradinaj family were paying. 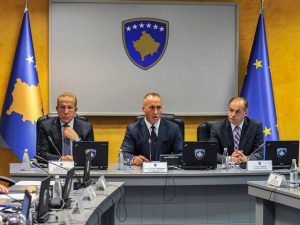 “We are very dedicated to safeguarding the privacy of our pupils, and based on this we cannot provide private data on our pupils, or their parents, to you or to anyone else,” Hamzaj told BIRN.

Fees for pupils to be educated at Loyola start at 840 euros per year for elementary school pupils, going up to 1,020 euros for high school students. The school also offers day care and boarding services for which they charge 720 and 2,160 euros per year respectively.

The school, which was founded in 2005, has consistently received state funding based on a memorandum signed in 2004 between Kosovo’s then-provisional government and the Loyola-Gymnasium Association. Hamzaj confirmed to BIRN that the organization has received funding from every Kosovo Government since 2005.

The National Audit Office has contested the legal basis on which the Kosovo Government allocates public funds to the school, resulting in the 2014-17 government, led by Isa Mustafa, to halt the payments.

However, the subsequent coalition government, led by Ramush Haradinaj, continued funding the school, including making backdated payments for the years in which the payments were suspended.

BIRN obtained a copy of the ‘Memorandum of Cooperation’ signed between the Kosovo Government and the Loyola-Gymnasium Association in 2004. In Article 2, the financial obligations of the Ministry of Education, Science and Technology, MEST, are laid out: “MEST shall be responsible for the salaries of the staff and teachers, at the same level as salaries of public school teachers.” 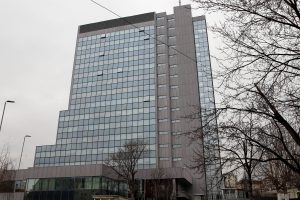 On October 2, 2018, the Kosovo Government led by Ramush Haradinaj allocated 658,858 euros to Loyola. In its justification for the decision, the government stated that “financial means for the Loyola Gymnasium are allocated upon the request of the Ministry of Education, Science and Technology.”

BIRN have attempted to contact MEST officials on many occasions: Written questions were sent to the ministry in both July and August 2019, but received no response on either occasion. On August 19, 2019, then-minister Shyqyri Bytyqi agreed in principle to speak to BIRN, but did not schedule a time, and then failed to respond to BIRN’s requests. At the time of publication of this article, the MEST has not answered any questions regarding payments made to Loyola.

According to the Office of the Prime Minister, OPM, the 2018 payment was made in order to cover salaries, as outlined in the Memorandum. “Based on this Memorandum, the allocated amount was to cover the costs of teachers’ salaries, in the amount foreseen by the law on salaries of teachers in the public sector in the country,” the OPM told BIRN.

Hamzaj concurred that the payment from the government was largely for reimbursement of teachers’ salaries, which he conceded were slightly higher than many teachers in Kosovo. “Our teachers are paid a bit more than those at public schools,” Hamzaj told BIRN. “However, salaries are a confidential manner protected by the law and we do not publish them under any circumstances.”

The school’s director added that the funds were used “in the interest of our pupils,” and that 100 per cent of pupils at the school passed the State Matura Exam, with an average result of 80 per cent.

The OPM also referenced the school’s excellent results while justifying its allocation of public funds to a private school. “It was in the interest of the country to provide this financial support, based on the program they have, and the manner in which they apply it, but above all based on the concrete results they have shown,” the OPM said.

The amount of donations made by the German state to Kosovo was also cited in the OPM’s response. “During the mandate of this government, the Government of Germany allocated more than 100 million euros in donations for various fields in Kosovo, while since the war up until now, more than 600 million euros in donations have been allocated to the country,” it said. The Loyola school was opened by German Jesuits.

As well as paying for teachers’ salaries, Hamzaj revealed that government funding would also support the establishment of a vocational school named ‘Loyola Professional,’ a claim corroborated by the National Audit Office’s report on the MEST.

However, while the government is supporting the creation of private vocational schools, Kosovo’s public vocational schools are in a dire state. The Lasgush Poradeci Vocational High School in Kijeve in the municipality of Malisheva, which hosts 380 pupils specializing in economics and law, functions without basic conditions for learning.

“We lack many things, especially capacities for practical work – a sports hall, labs – we even lack basic supplies,” stated Sami Toplani, the school’s director. The school currently lacks a photocopier, for example, essential for distributing education materials to its hundreds of students.

Toplani stated that the pupils going to his school must travel 12 kilometers to Malisheva if they wish to complete an internship at an institution such as a court or private enterprise, with travel costs being paid for by the pupils themselves.

Not an isolated incident

Alongside the Loyola case, there is another instance in which the state allocated funds to a private education institution. In 2008, the Ministry of Education Science and Technology signed a Memorandum with the Dutch organization SPARK, with the purpose of establishing the International Business College Mitrovica, IBC-M. 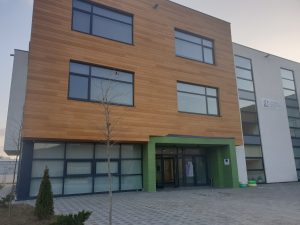 The college aimed to provide attractive higher education programmes and soften inter-ethnic tensions in the area. It started functioning in 2010, but while 13.5 million euros were invested by donors, the Kosovo Government never fulfilled its obligation to disburse 600,000 euros to IBC-M, an obligation the government took on in 2017.

BIRN asked officials at the college on what legal basis they received public funds. Yannick Du Pont, the director of the IBC-M, said that the college was established upon the request of Kosovo Government, in order to provide two year Bachelor’s degree programs.

Du Pont added that the Kosovo Government contributed 1.5 million euros to the construction of part of the college’s building, while international donors contributed the rest of the funding.

In its response to BIRN concerning backdated payments made to the Loyola Gymnasium, the Office of the Prime Minister stated that the Haradinaj government merely continued implementing the Memorandum between the Kosovo Government and the Loyola Gymnasium Association when they took office in 2017.

“We as a government found this Memorandum here and we simply continued it, based on the competencies and responsibilities we have,” the response stated.

However, former minister of education during the Mustafa Government, Arsim Bajrami, told BIRN that during his mandate, he had decided to withhold payments made to private schools after receiving a serious warning from the National Audit Office, who had contested the legal basis for the funding.

Bajrami said that he stopped making the payments to Loyola in 2015 and 2016, a claim confirmed by the Audit Office reports for these two years.

On December 23, 2016, the Kosovo Government, then led by Prime Minister Isa Mustafa, initiated the procedure for the Kosovo Assembly to ratify the Memorandums with both IBC-M and Loyola as international agreements. However, in the absence of two thirds of the votes, the agreements were not adopted by the Kosovo Assembly.

“I did what I had to do as a minister, in terms of the attempts to legitimize giving out hundreds of thousands of euros from Kosovo taxpayers, which I did not allow to be transferred to the school’s account without a legal basis during my mandate,” stated former minister Bajrami, now a professor at the University of Prishtina. “Giving out those funds is unlawful and certainly the former leaders of these institutions will have to be accountable for those decisions.”

In 2017, with the new government led by Ramush Haradinaj coming into power, the payments to Loyola restarted. The details are noted in the National Audit Office’s report for the Ministry of Education, Science and Technology, MEST, for 2017, which states that the MEST, then led by minister Shyqiri Bytyqi, allocated the funds proactively.

“A review of the 2004 Memorandum had not occurred, and as a result, the Ministry, at the end of 2017, through a Government decision paid 720,000 euros from the budget category of subsidies to this gymnasium for the years 2015/16/17,” the report reads. 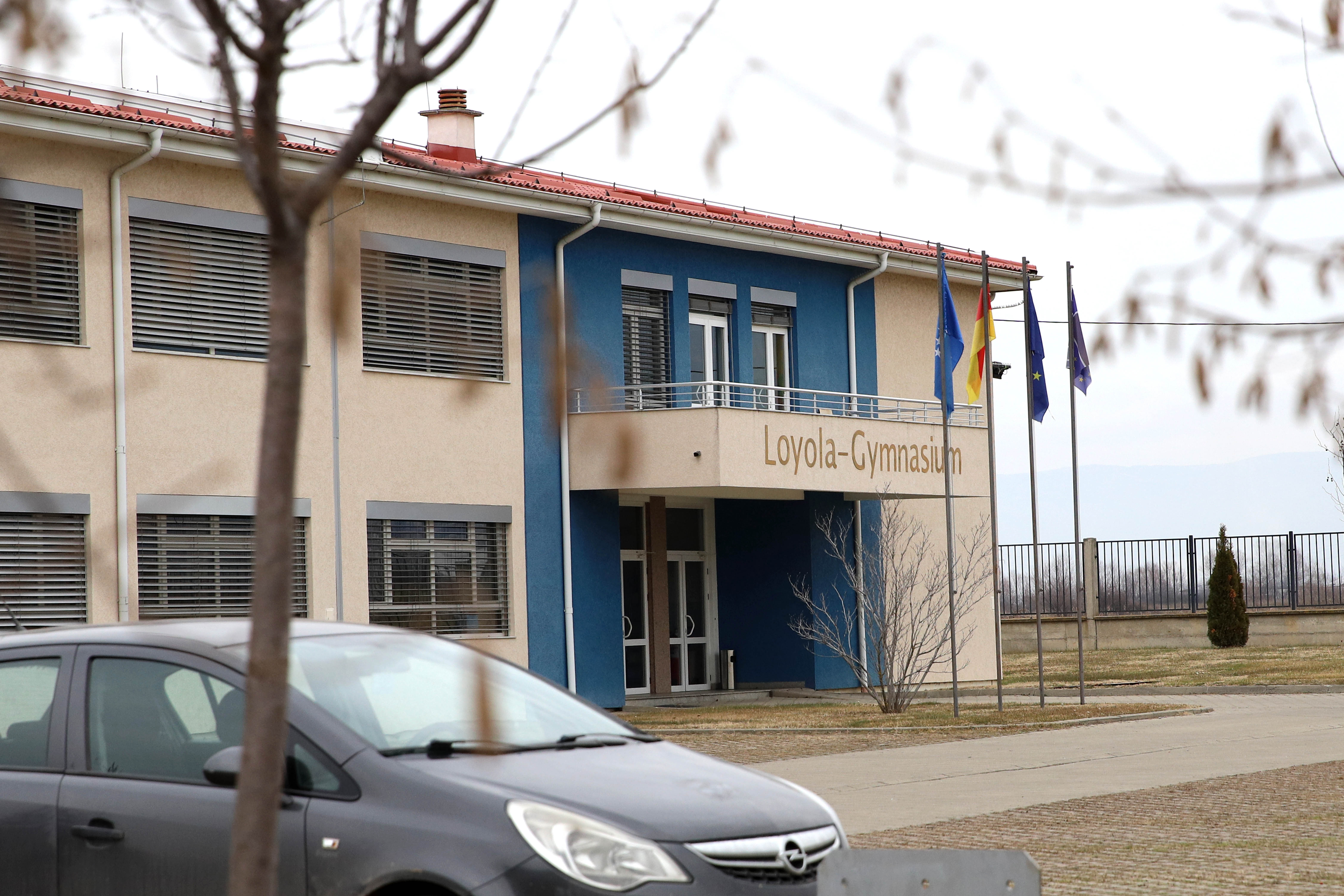 On February 22, 2018, Bytyqi repealed Article 2 of the Memorandum between Loyola and the Kosovo Government, which had outlined the financial responsibilities of the MEST towards the private school. However, payments continued, with a further 658,858 euros paid to the school on October 2, 2018.

The Audit Office’s report on the MEST for 2018 reveals that 308,858 euros was given to the school for the purpose of reimbursing salaries for 2018, as well as the establishment and functionalization of a vocational school. Two further payments of 300,000 euros and 50,000 euros were designated for annual expenses for 2019.

Jonuz Salihaj, an education expert in Kosovo and a former member of Haradinaj’s party, the Alliance for the Future of Kosovo, AAK, stressed to BIRN that this payment was illegal.

“The decision of the government to disburse 658,000 euros to this education institution is unlawful,” Salihaj said. “Unfortunately this is not the first time that this private education and other pre-university institutions have benefited from funds from the Kosovo Government.”

Salihaj was part of senior structures at AAK before his resignation in April 2019. He was also previously the Director of the Department of Education at the Municipality of Prishtina, where his former party was in a governing coalition with the Social Democratic Party, PSD.

Dukagjin Pupovci, the executive director of Kosovo Education Center, an education based NGO that also operates the ‘Third Millenium’ private school, objects to the practice as well. “I have not asked for, nor ever received, funds from the state,” Pupovci told BIRN. “‘Third Millennium’ is funded 100 percent by the parents’ fees.”

Pupovci added that the state should be denied the opportunity to cooperate with private institutions, or for municipalities to allocate free land to such bodies, including educational ones.

Back on the first day of the current academic year, Haradinaj promised a determined effort to improve Kosovo’s public education system. “We will work for our schools to be of a European level and standards,” wrote Haradinaj alongside the published photos of his speech at Loyola.

PISA results published later that year saw 15 year-olds from Kosovo record the weakest results in the region, with Kosovo ranked 77 out of 79 countries that participated in PISA – far from the excellent test scores recorded by students from Loyola.