As the Government Puts iT Measures To Fight Coronavirus, Thaci Tries to Disrupt It

President Thaçi: Citizens and the police are not obliged to implement the government’s decision 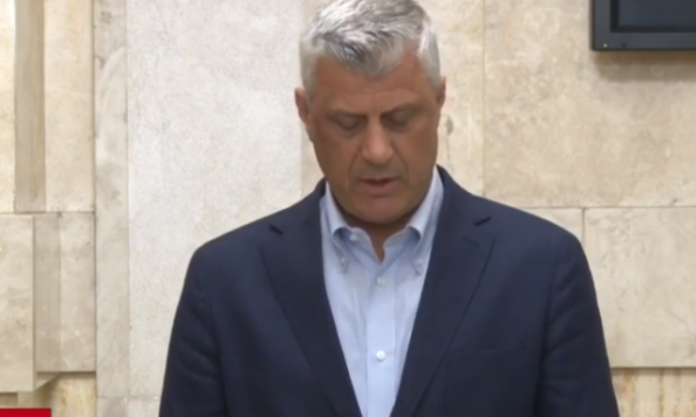 Kosovo’s president, Hashim Thaci, has said the government’s decision to restrict movement is against the country’s constitution.

The government is expected to come up with a decision to restrict driving licenses for motorists and citizens at certain times.

” Prime Minister Kurti and his Government tonight have flagrantly violated the Constitution of the Republic of Kosovo. It is against the laws and the Constitution. The decision to restrict movement is a violation of constitutionally guaranteed citizens’ rights, ”he said.

” Citizens are not obliged to respect this decision. Neither the police nor the security authorities should enforce this decision of the government because they are committing a criminal offense, “he added.

Otherwise, it was precisely the thought of declaring a state of emergency that led to the dismissal of Agim Veliu from the post of Interior Minister by Prime Minister Albin Kurti. The LDK then announced it would collect signatures to topple the government.