Lawmakers in Kosovo put politics before the pandemic

In the midst of the spread of COVID-19, the Kosovo government collapses over disputes over the future of talks with Serbia.

At a time when most governments around the world are anxious to fight the Covid-19 pandemic, the Democratic League of Kosovo, LDK, has joined forces with the opposition to topple the country’s coalition government after just 51 days in office.

Analysts say the LDK-Vetevendosje alliance was always shaky, but fell for the same reason as the previous government – the dispute over a 100 per cent tariff on Serbian goods and the future of EU-mediated talks with Serbia .

Apparently, the reason was the March dismissal of LDK member Interior Minister Agim Veliu by Prime Minister Albin Kurti, due to debates over how to spread the Covid-19 coronavirus.

But behind the scenes is the divergence between the EU and the United States on how to mediate an agreement to resolve relations between Belgrade and Pristina, with mistakes appearing in Kosovo itself.

“Through Veliu’s dismissal, Kurti chose to camouflage a ‘tactical withdrawal’ from the government at a time when the US intervened to pave the way for the signing of a final agreement with Serbia,” Kosovar journalist Agron Halitaj told BIRN.

Kosovars are not impressed with the moment of political crisis as authorities prepare for the further spread of Covid-19. There are about 63 confirmed cases in Kosovo and one person has died. Some have tried to express their anger by hitting pots and pans from their balconies as they observe a partial blockage of the site. 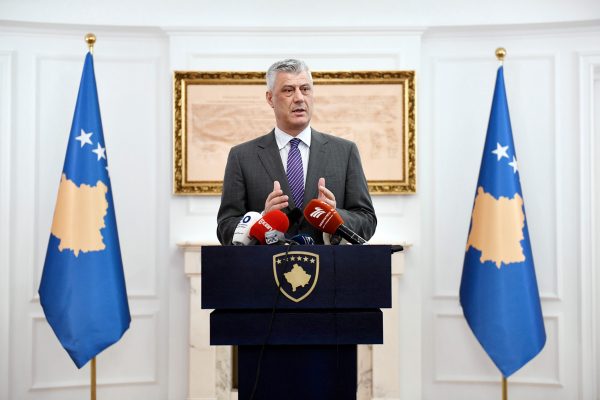 Lawmakers on Wednesday backed a no-confidence motion in Kurti’s short-lived government, filed on March 20 by the LDK after Veliu’s ouster. Under the constitution, new elections must be held within 45 days, with President Hashim Thaci expected to announce the vote by the end of the week.

The development brings more political uncertainty for Kosovo, which spent four months without a new government since elections were held in late October and Kurti’s coming to power in early February.

The alliance between the LDK and Kurti’s Vetevendosje was dubbed the “coalition of hope”. It was proved that this hope was wrong.

Halitaj said both parties joined forces only because of the urgency of adopting a new budget “to avoid a state collapse”.

The collapse of the coalition was expected “as soon as the budget was approved,” he said.

The rift between coalition partners deepened following Washington’s demand to abolish a 100 per cent tariff imposed by former Prime Minister Ramush Haradinaj in November 2018 in retaliation for lobbying Serbia abroad to further Kosovo’s international integration. Kosovo declared independence from Serbia in 2018, but Belgrade does not recognize its former southern province as a state. 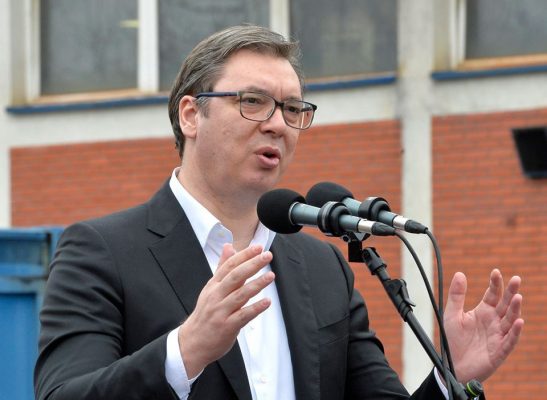 Kurti proposed a partial lifting of the tariff, a solution that US President Donald Trump’s envoy to the Kosovo-Serbia talks, Ambassador Richard Grenell, dismissed as a “mass failure”. The LDK and its chairman, Isa Mustafa, also disagreed and the proposal was approved without their votes.

The tariff is stalling talks, but Grenell has followed his own path of direct mediation between Thaci and his Serbian counterpart, Aleksandar Vucic, and has repeatedly clashed with Kurti’s government, which wanted to take over Thaci’s negotiating role. of Kosovo.

Grenell is believed to be seeking a deal at all costs, which could include a territorial swap. This is causing concern within Kosovo’s political elite.

The LDK and Vetevendosje had disagreements on how the process should proceed, said Jeta Krasniqi, project manager at the Pristina-based Democratic Institute of Kosovo, KDI.

“Within and outside of Kosovo there are two different opinions on the dialogue,” she said, stressing that Kurti wanted to continue the dialogue with the EU mediation and be the head of the Kosovo delegation himself.

The LDK is divided 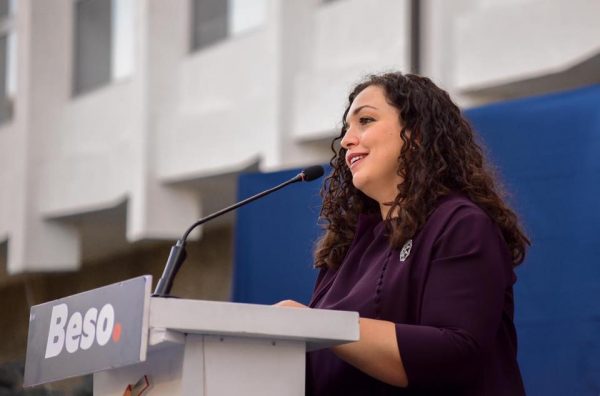 The LDK itself seems to be divided on the fall of the government.

Osmani was the LDK’s candidate for prime minister in the last election, bringing the party its best result since 2007, when the LDK ran for the first time since the death of the party leader in 2006. and the architect of a decade of passive resistance against Serbian rule, Ibrahim Rugova.

Veliu, the dismissed interior minister, stressed that Osman had voted against her party before.

“Being an official of one political party and working in favor of another party is just treason,” Veliu told T7 television on Tuesday. “If she continues to do so against the LDK and work with others against us, then it makes no sense for her to continue to stand with the LDK.”

Enver Robelli, a Kosovo-born foreign editor who works for the Swiss daily Tages Anzeiger , said Osmani’s attitude had exposed him to attacks inside the party.

“The party would do well to remember Osman’s impressive performance during the election,” he said. It’s too low to call him a traitor, he told BIRN.

The no-confidence motion has further exposed the divisions between Kosovo’s main western backers – the US and the EU.

On Tuesday morning, the US, French, German, Italian and British embassies in Pristina – collectively known as the Quint – made a written statement urging Kosovo institutions to focus on the fight against Covid-19 respecting the provisions of the Constitution – one knots of dispute between Kurti and Thaci over what should be declared a state of emergency.

Hours later, however, the German and French ambassadors, Christian Heldt and Marie-Christine Butel, sent a diplomatic letter to the LDK asking them to “rethink the vote on the no-confidence motion and maintain a credible and stable government for face the challenges ”.

The day ended with a post on Twitter by US Ambassador Philipp Kosnett expressing his support for the no-confidence motion, saying he was “happy” to see the vote scheduled.

Kurti had been under constant pressure from Mustafa and other LDK officials for the tariff the US wanted to abolish. LDK’s opposition to Kurti’s partial tax abolition opened the door for Thaci, Halitaj, a Kosovo journalist, said.

“Mustafa should be criticized more by LDK membership than by Vetevendosje, because he is allowing the party to become an instrument of Thaci and Kurti to trigger another institutional crisis,” Halitaj said.

A party that portrays itself as the strongest defender of state institutions “cannot afford to be the cause of the government’s collapse in a pandemic,” he said.