The History Of Hydroxychloroquine In India | GreatGameIndia

The History of Hydroxychloroquine in India and how British East India Company soldiers were treated of Malaria by using quinine and tonic.

As most of us are already aware, Hydroxychloroquine has already taken the world by storm as a treatment against COVID-19. Every newspaper is talking about it, and all countries are requesting India to supply it. Now, a curious person might wonder why and how this chemical composition is so deeply entrenched in India, and is there any history behind it. Well, there is an interesting history behind it which goes all the way to the Indian king Tipu Sultan’s defeat.

In 1799, when Tipu was defeated by the British, the whole of Mysore Kingdom with Srirangapatnam as Tipu’s capital, came under British control. For the next few days, the British soldiers had a great time celebrating their victory, but within weeks, many started feeling sick due to Malaria, because Srirangapatnam was a highly marshy area with severe mosquito trouble.

The local Indian population had over the centuries, developed self immunity, and also all the spicy food habits also helped to an extent. Whereas the British soldiers and officers who were suddenly exposed to harsh Indian conditions, started bearing the brunt.

To quickly overcome the mosquito menace, the British Army quickly shifted their station from Srirangapatnam to Bangalore (by establishing the Bangalore Cantonment region), which was a welcome change, especially due to cool weather, which the Brits were gravely longing for ever since they had left their shores. But the malaria problem still persisted because Bangalore was also no exception to mosquitoes.

Around the same time in 18th century, European scientists had discovered a chemical composition called “Quinine” which could be used to treat malaria, but it was yet to be extensively tested at large scale. This malaria crisis among British Army came at an opportune time, and thus Quinine was imported in bulk by the Army and distributed to all their soldiers, who were instructed to take regular dosages (even to healthy soldiers) so that they could build immunity. This was followed up in all other British stations throughout India, because every region in India had malaria problem to some extent.

But there was a small problem. Although sick soldiers quickly recovered, many more soldiers who were exposed to harsh conditions of tropical India continued to become sick, because it was later found that they were not taking dosages of Quinine. Why? Because it was very bitter!! So, by avoiding the bitter Quinine, British soldiers were lagging behind on their immunity, thereby making themselves vulnerable to Malaria in the tropical regions of India.

That’s when all the top British officers and scientists started experimenting ways to persuade their soldiers to strictly take these dosages, and during their experiments,  they found that the bitter Quinine mixed with Juniper based liquor, actually turned somewhat into a sweet flavor. That’s because the molecular structure of the final solution was such that it would almost completely curtail the bitterness of Quinine.

That juniper based liquor was Gin. And the Gin mixed with Quinine was called “Gin & Tonic”, which immediately became an instant hit among British soldiers. 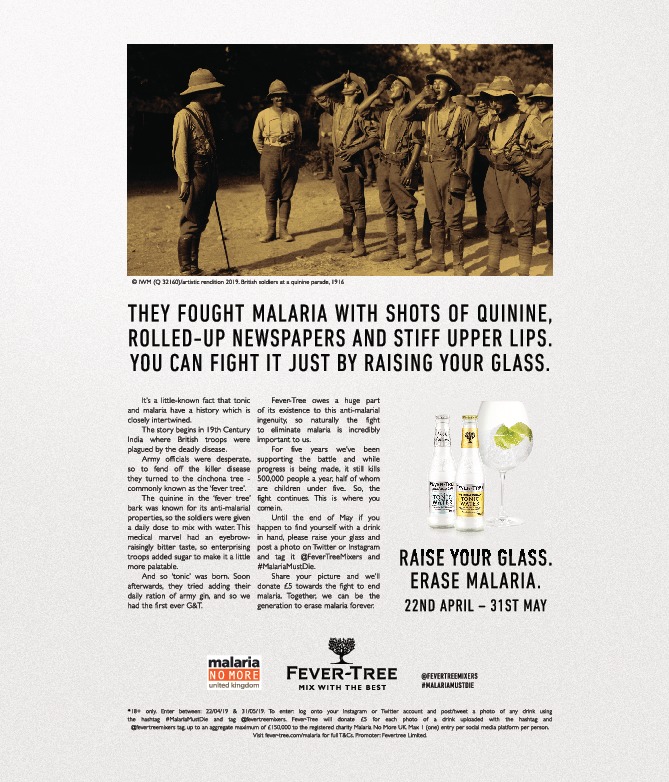 The same British soldiers who were ready to even risk their lives but couldn’t stand the bitterness of Quinine,  started swearing by it daily when they mixed it with Gin. In fact, the Army even started issuing few bottles of Gin along with “tonic water” (Quinine) as part of their monthly ration, so that soldiers could themselves prepare Gin & Tonic and consume them everyday to build immunity.

To cater to the growing demand of gin & other forms of liquor among British soldiers, the British East India company built several local breweries in and around Bengaluru, which could then be transported to all other parts of India. And that’s how, due to innumerable breweries and liquor distillation factories, Bengaluru had already become the pub capital of India way back during British times itself.

Eventually, most of these breweries were handed over from British organizations after Indian independence, to none other than Vittal Mallya (the fugitive Vijay Mallya‘s father), who then led the consortium under the group named United Breweries headquartered in Bengaluru.

Coming back to the topic, that’s how Gin & Tonic became a popular cocktail and is still a popular drink even today. The Quinine, which was called Tonic (without gin), was widely prescribed by Doctors as well, for patients who needed cure for fever or any infection. So, that’s how the word “Tonic” became a colloquial word for “Western medicine” in India.

Over the years, Quinine was developed further into many of its variants and derivatives and widely prescribed by Indian doctors. One such descendant of Quinine, called Hydroxychloroquine, eventually became the defacto cure for malaria, which is now suddenly the most sought after drug in the world today.