Isa Mustafa’s dream of becoming president fades, Bytyçi reveals what Thaçi will do after signing agreement with Serbia

The LDK reached a coalition agreement with the AAK, the Serbian Initiative and the List on Wednesday.

The convening of the session and the voting of the new government are expected soon, while the president has sent a letter to the LDK, asking for the name of the mandator.

And in the government that is expected to be led by Avdullah Hoti, there will be a deputy prime minister from the Serbian List.

The AAK will be a coalition partner with the LDK, while the latter criticized him for the way he governed when Haradinaj was prime minister and even started collecting signatures for a no-confidence motion against his government, but he resigned due to invitation from the Special Court.

In this regard, Professor Enver Bytyçi told the newspaper “Bota sot” that the LDK quickly reached an agreement with the parties, making serious concessions, while it took 4 months for a coalition with the VV.

“Finally, it has been announced that the Democratic League of Kosovo has reached a governance agreement with the AAK Initiative and the Srpska List. to have a deputy prime minister in the past as well, but he has also held a ministerial post, in general. In this agreement some moments stand out: First, it was achieved very quickly. governance this time, while the talks with Vetëvendosje were delayed for four months, not for the program, but for the names and positions “, he said. 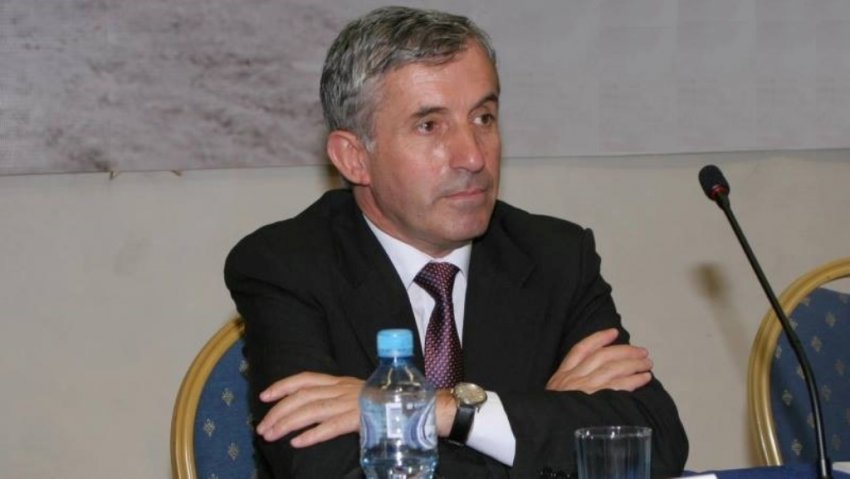 “Apparently this time the ruling coalition has a guarantor for the Democratic League. The guarantor is the President of the Republic, who for the third or fourth time, once he achieves his political goals, will betray the LDK and call elections. Isa Mustafa sees dreams in the sun and remembers that he will become president of Kosovo, but forget it. As soon as Hashimi signs the agreement with Serbia, he will announce new elections and the Democratic League will no longer have a chance to be in “Achieving such a quick agreement has been dictated by Belgrade and its Russian or Russophile friends. Isa Mustafa has no chance of evading his obligations, so he formed the coalition at the time they asked,” he said.

Bytyçi says that the LDK will be badly damaged by the coalition with AAK, which he has criticized a lot in the government and the citizens do not forget, do not forgive, but according to him, the real coalition is between Isa Mustafa and Hashim Thaçi.

“Secondly, the Democratic League, Isa Mustafa’s wing, when it was in opposition, has attacked the AAK government more than Vetëvendosje. And months later it joined the coalition with this party. This will greatly damage its image. Citizens of Kosovo have extraordinary political intuitions. They do not forget, as we forget in Albania. And they punish, they do not forgive. To form a coalition with a party, which you have accused of a thousand “blacks”, means that you lied or you are united for a bad government. Both of these are immoral. However, I think the real coalition is between Isa Mustafa and Hashim Thaçi, that is, between the LDK and the PDK. If the new team does not whether or not she would have the votes of confidence, she would be voted on or voted for by Thaçi Democratic Party deputies.That is why Isa stated a few days ago that the LDK has the votes to form a new government “, he emphasized.

Third, the professor says that in this process he sees a game between Mustafa and the president and all because of the Kosovo-Serbia agreement, for it to be signed by Thaçi.

“Thirdly, in this process, I see a fabricated game between the LDK leader and the head of state. If you have noticed, the president makes a warning letter to Isa Mustafa, asking him to send the prime minister’s name for a mandate. The game is very thick. Everything is arranged for the president to appear as a principle in such letters that he did to Albin Kurti! It is a dirty game between the two of them. And it all happens for a reason, to realize the Kosovo agreement. “Serbia, let it be signed by Thaçi and move to government and parliament. This has led to Ramush Haradinaj being seduced in this anti-Kosovo political action. I continue to believe that Haradinaj will not accept such an agreement,” he said. stated Enver Bytyçi for “Bota sot”.

Therefore, he says that he will be a Deputy Prime Minister from the Serbian List, to be together in signing the agreement and therefore Pacolli was not accepted as Foreign Minister.

“Thirdly, this is why a representative of the Serb minority will be the Deputy Prime Minister. He will also be present together with Abdullah Hoti, Isa Mustafa and perhaps Ramush Haradinaj, or Meliza as Foreign Minister, in signing this agreement. It is said that this will happen very soon, in June, or at most in September. Therefore, Behgjet Pacolli was not accepted as Foreign Minister. He sacrificed with a special plane, he fought with Vetëvendosje because it was creating obstacles for him, only ‘He did his service to this government. He came to Kosovo from Tirana, but as soon as he got there they told him, no, you can’t be a foreign minister. It was very good. But this game was done because Pacolli didn’t need them in this process. has been, is and will be in favor of the Thaçi-Vuçi marrëvesh agreement for Kosovo. They need AAK and Lista Srpska “,Professor Bytyçi concluded.

One thought on “Isa Mustafa’s dream of becoming president fades, Bytyçi reveals what Thaçi will do after signing agreement with Serbia”