Scandalous: Session for the Hoti Government was called with “Cyrillic” (Document)

This Wednesday, the session of the Assembly of Kosovo will be held, where it is expected that the Hoti Government will vote.

This is after the decision of the Constitutional Court which considered as legal the decree of Avdullah Hoti to create the Government, by the President of Kosovo, Hashim Thaçi, writes the newspaper inFokus.

Now, in the coalition in the new Government, it is expected that LDK, AAK, NISMA but also the Serbian List.

InFokus newspaper has exclusively provided the document where the deputies of the Serbian List were signed, to convene the session to vote for the Government. 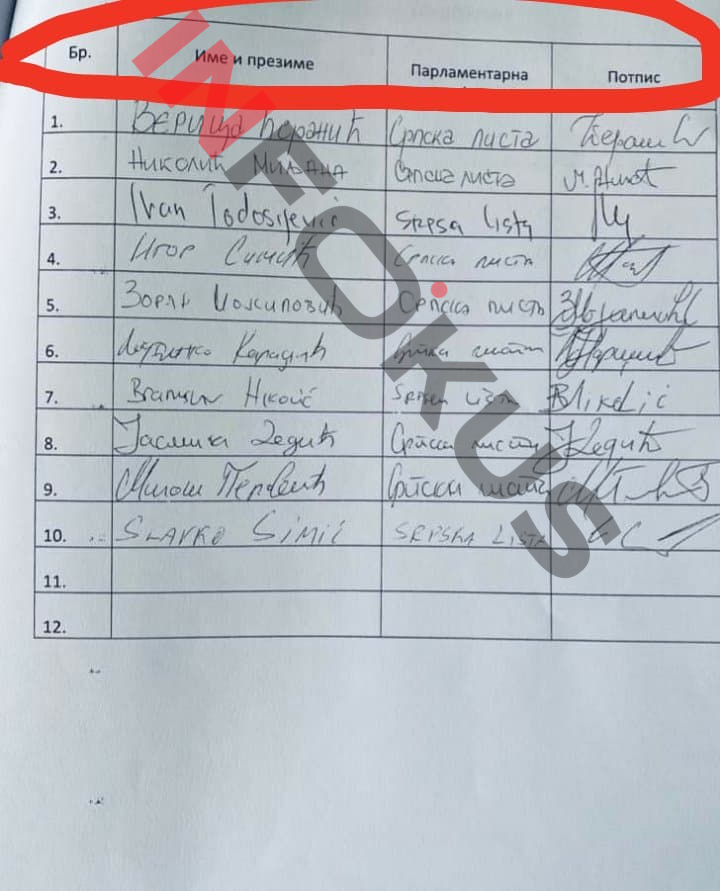 There, the document which is then recorded in the Assembly, which has been printed electronically, is in the letter “Çirilicë”, writes the newspaper inFokus.

And there, all the deputies of the Serbian List were signed, who, many of them, wrote the name of the subject, regardless of the document, in Latin letters.

The Serbian List is a party directly influenced by politics in Belgrade, where for many decisions, they have publicly shown that they are directly consulting with the Serbian President, Aleksandar Vucic./Gazeta inFokus /