Turbulent waters: Pollution that is drowning Kosovo’s lakes and rivers

Nerimane Ferizi was only 20 years old when she decided to become a water guard in her hometown, Mitrovica, in the same year that Kosovo declared independence from Serbia.

Twelve years later, Ferizi continues to fight the same battle, as a monitor of the state of the environment and especially the waters in Mitrovica, for the environmental organization “Let’s Do It Kosova!”, Part of the network “Let’s Do It! World! ” that works to promote a pollution-free world.

Mitrovica in northern Kosovo is a divided city, between ethnic Serbs located in the northern part of the Ibar River and ethnic Albanians mainly in the south.

However, one of the common things politicians on both sides of the river share is a lack of interest in the city’s environmental problems.

More than two decades since the 1998-1999 war in Kosovo, the ethnic division of Mitrovica has made the northern part of Kosovo the most unmanaged part and consequently in terms of pollution, the part with the largest number of landfills illegal waste.

“Rivers and lakes are being cleaned, but after a week they are full of rubbish again,” Nerimane Ferizi told BIRN. “It may seem unbelievable, but it is.”

In 2018, an action of cleaning the illegal landfills in the north of Mitrovica, by the organization “Let’s Do It Kosova” and the Ministry of Environment of Kosovo, resulted in the filling of more than 600 bags of waste.

A well-known landfill is Lake Ujman, which lies on the border between Serbia and Kosovo and is located in the northern municipality of Mitrovica, respectively in Zubin Potok, a Serb-majority municipality.

The artificial lake supplies drinking water to more than a third of Kosovo’s 1.8 million inhabitants, and its water is used as a coolant for two coal-fired power plants that guarantee the production of almost all of the country’s electricity.

And yet, the lake is full of rubbish, as are many water sources in Kosovo.

“Construction companies, in the absence of a landfill where they can deposit construction waste in Mitrovica, go from south to north and dump their waste near the river bank or inside it,” said Luan Hasanaj, executive director of ” Let’s Do It Kosova ”.

Hasanaj said that most of the waste from the once largest lead, zinc and silver complex, ie Trepca in Mitrovica, also ends up in the lake.

The mayor of Zubin Potok, Srdjan Vulovic, a former director for the management of Lake Ujman, did not respond to our request for a statement.

In addition to Ujman, the four main rivers in the Mitrovica region are polluted, mainly due to the direct discharge of sewage into their waters, says Irfan Peci, an environmental official in the municipality of southern Mitrovica.

“The most polluted is the river Sitnica”, said Peci. “It starts from industrial waste coming from KEK (state electricity company Kosovo Energy Corporation) and continues through the river in Vushtrri and then Mitrovica.”

The municipality of Mitrovica received a 45m-euro grant from the European Bank for Reconstruction and Development, EBRD, to build a wastewater treatment plant, but work was delayed due to the COVID-19 pandemic. 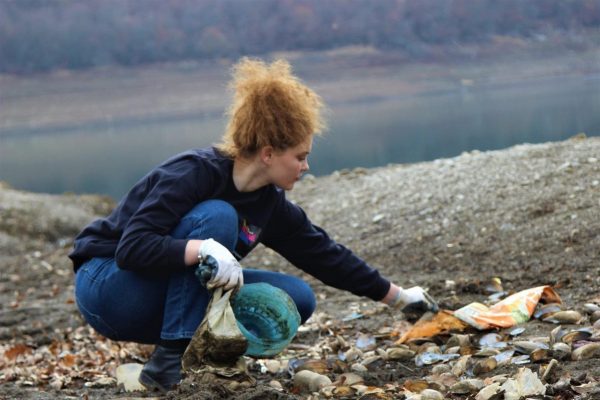 Water pollution is not limited to the north. Kosovo’s eight major rivers and lakes have been destroyed by illegal landfills. “Let’s Do It Kosova” has identified 100 such only near the waters.

“There is no place where we have not found landfills near the shores or in the water,” Hasanaj told BIRN.

This January, the Pestova company, which produces the famous Vipa Chips chips, was fined 500 euros after a resident of Vushtrri, on the way to the capital, Pristina,  filmed a truck dumping potato waste on the Sitnica River , a from the main natural water sources in the region.

Those living in Vushtrri have repeatedly complained about pollution from some factories. In September 2018 a petition was made for the removal of a slaughterhouse located near the Sitnica River. But even to this day nothing has been done about it.

The mayor of Vushtrri / Vuritrn, Xhafer Tahiri, said the slaughterhouse would be vacated “very soon” and insisted that local authorities were aware of the threat to local water sources.

“Criminal proceedings have been initiated against some private individuals who have polluted the rivers,” Tahiri told BIRN. “This year we have planned a 1.8 million euro project for the Sitnica riverbed.” However, the pandemic caused this project to be postponed as well.

A report published in March 2020 by the Kosovo Democratic Institute, a member of Transparency International, described Sitnica as one of the most polluted rivers in Kosovo.

Sitnica and other major rivers are “so polluted that water cannot be used as a source of water supply and, in some places, not even for irrigation,” IDK said in a report entitled “Kosovo’s Black Rivers.”

According to Diana Metushi-Krasniqi, the author of the report, Kosovo faces systematic problems in terms of water treatment, first and foremost for untreated wastewater and industrial water that is allowed to be discharged, untreated and so illegally, across the rivers of the country.

“We have several cases of industrial pollution that has caused great damage,” Metushi-Krasniqi told BIRN. She said that a lawsuit had been filed in one case regarding the Lepenc River in southeastern Kosovo, but said that “for other cases there is still no answer”.

In a 2020 report, the World Bank criticized Kosovo institutions for their weakness in enforcing existing rules. Both this report and that of IDK identified KEK as the main culprit.

“The environmental situation has changed for the better,” he told BIRN.

Major polluters are taken to court

In addition to KEK, the Newco Ferronikeli nickel plant and the Sharrcem cement producer were also identified as major polluters. Neither of the last two companies responded to BIRN’s requests for comment.

In the last three years, more than a hundred other companies have been sued for environmental pollution. Twenty-four were fined.

The IDK report also highlighted the problem of pollution from the Artana and Kishnica lead and zinc mines, which flow into the Gracanica River, a source of drinking water for the town of Gracanica south of the capital and surrounding villages. Water has been found to contain high levels of the sulfate ion which can cause dehydration and diarrhea.

The spokesman of the municipality of Gracanica, Leutrim Ajeti, said that the Government of Kosovo had provided very little assistance.

“So far, nothing has been done about the pollution, except that the ministry has financed the concreting of the Gracanica river bank,” he said.

According to the IDK report, in addition to the sulfate ion, the Gracanica River has the highest concentration of manganese among the rivers in Kosovo, which can cause damage to the nervous system.

While not commenting specifically on the Gracanica River, the environment ministry told BIRN that feasibility studies had been carried out for the construction of wastewater treatment plants in Pristina, Mitrovica, Gjilan, Ferizaj, Prizren, Gjakova, Peja and several towns and villages. small.

She said construction was underway in Prizren, Gjakova and Peja. 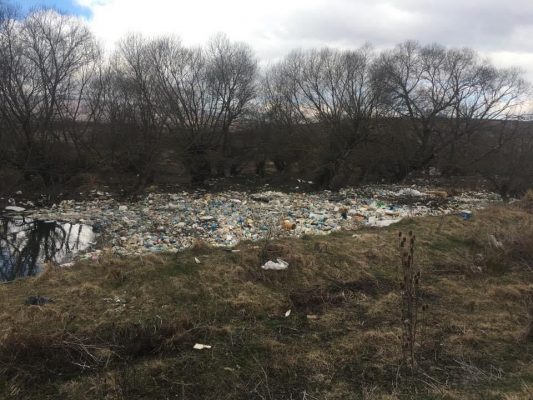 Illegal landfill on the river Sitnica in Vushtrri. Photo: Let’s Do It Kosova

In recent years, reports of dead fish surfacing in Kosovo’s rivers have increased calls for action.

The IDK report, however, warned that in addition to threatening wildlife, water pollution also endangers the health of the people of Kosovo. Many houses in rural areas still use wells, he said, which are filled with sources of polluted water. The quality of this water is not subject to inspection.

Citing statistics from the National Institute of Public Health from 2017, the report noted a worrying increase in cases of those affected with diarrhea and salmonella.

Luan Hasanaj from “Let’s Do It Kosova” said that the failure of successive governments to solve the problem of pollution had fueled a kind of general negligence within Kosovo society regarding water as a public good that needs protection.

In Mitrovica, Nerimane Ferizi accuses residents and municipal inspectors of turning a blind eye to pollution.

“As a society, we still do not understand the causes of our illnesses,” she told BIRN. “They come from air and dirty water and we are responsible for that. We are a collective society, but we have failed to build a collective responsibility. ”

Doomed to failure: Yet more irregularities over Kosova e Re

Kosovo is building a new Chernobyl

25 thought on “Turbulent waters: Pollution that is drowning Kosovo’s lakes and rivers”