“We are waiting for 24 hours and we will intervene”, Glauk Konjufca’s advisor responds to Aleksandar Vuiqiiq: Serbia is tired!

It has been eight days since the day when Kosovo established reciprocity on license plates against the Serbian state.

Since that day, Serbia has started going crazy.

A Serb resident was seen standing near a barricade in the north yesterday, threatening Albanians with beheadings.

Whereas, last night it was the Serbian president himself, who said that, in the meeting he had with the NATO Secretary General, Jens Stoltenberg emphasized that if it were not for the Kumanovo agreement, they would have already entered Kosovo.

He even went so far that, in case of danger to the Serbs, he said that he would wait for 24 hours for NATO intervention, otherwise the Serbs would enter Kosovo.

” Serbia has only increased its military readiness. Serbia has not entered the territory of Kosovo, not because we do not consider Kosovo as our territory, but because according to the Kumanovo Agreement we have no right to do so. I told Stoltenberg today “We will not enter Kosovo with our troops, and that if people are endangered, we will wait 24 hours for NATO intervention, ” Vucic said. 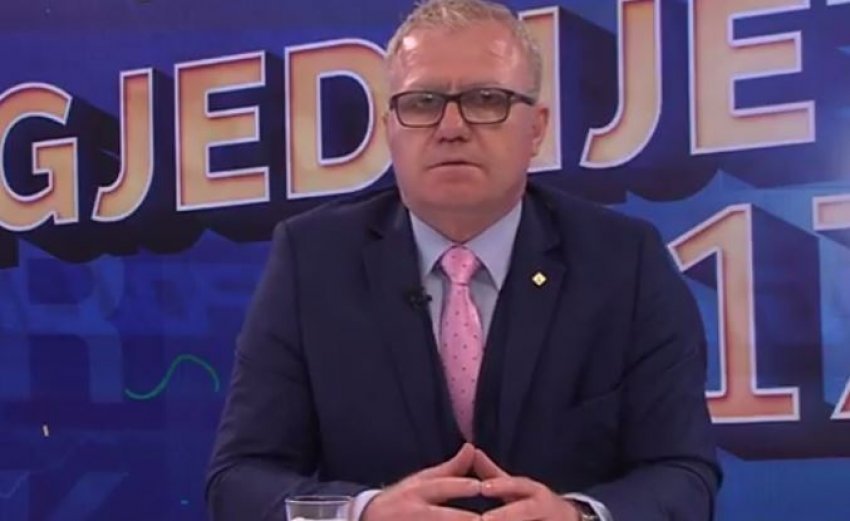 The advisor to the President of the Assembly of Kosovo, Glauk Konjufca, Driton Tali, responded to these threats from the Serbs.

He claims that Serbia is already tired and not a lady for war, while Kosovo is much more prepared than in the 90s.

” I have not taken these threats of these last days of Vucic seriously, I have even made fun of them. To be honest, all the threats that give the feeling of war have never been taken seriously, because as I have said several times, “there is no war because there is no one to fight with! So we have a tired and helpless Serbia the lady for war (her threats are bluffs) and a Kosovo not at all interested in war.Moreover, today’s Kosovo has nothing to do with the Kosovo of the 90s.It is a completely different Kosovo with a much more combat infrastructure “Then the fact that in case of need we have the opportunity to buy weapons from different countries that have known us so far “, says Tali for the newspaper “Bota sot”.

He says that this latest media show of the Government of Serbia will end soon.

According to him, it even lasted too long.

” It is absurd – it is idiotic – for an expiration agreement (for vehicle license plates) to start a conflict between states. It is simply unimaginable stupidity. Therefore, I think that this media show of the Government of Serbia is over, it even lasted too long, even if we were living in the 19th century, let alone in this time of globalization that we are living. “The possibility of conflict in such conditions can exist only in the empty head of a corrupt Kosovar analyst ‘bitch’ or in the head of a sick Serbian racist “, says Tali.

Konjufca councilor says that, as far as the police are concerned, it is in its right and responsibilities.

” So far he has managed the situation as expected, without any accidents, no matter how minor, ” he says.

” This statement (grotesque) the last Vucic” in case of endangerment of Serbs … “, I will answer you question” why we pasmi risk me ?! our citizens. ” Kosovo Serb citizens are in their state !!! They are as Kosovars as the others “, concludes Driton Tali.