“Edi Rama is aware of the Serbian scenario”, comes the alarm for Albin Kurti: Vuiqiiq does not accept this …

The President of Serbia, Aleksandar Vuiqi., Has threatened Kosovo with war, after the latter sent the Special Unit to the North of the country, to implement the reciprocity for car license plates, a reciprocity which was established by the Kurti Government.

I told Stotlenberg that we will not enter Kosovo if the Serbian people are endangered, before we wait 24 hours for NATO intervention. “Serbia has not entered the territory of Kosovo, not because we do not consider it as our territory, but because according to the Kumanovo Agreement, we have no right to do so ,” said Vucic.

The Prime Minister of Kosovo, Albin Kurti said that the decision on reciprocity is not against Kosovo Serbs, but only legal issues.

And the statement of Aleksandar Vuiqi., According to professor, doctor Enver Bytyçi, is a declaration of war for Kosovo and the west. 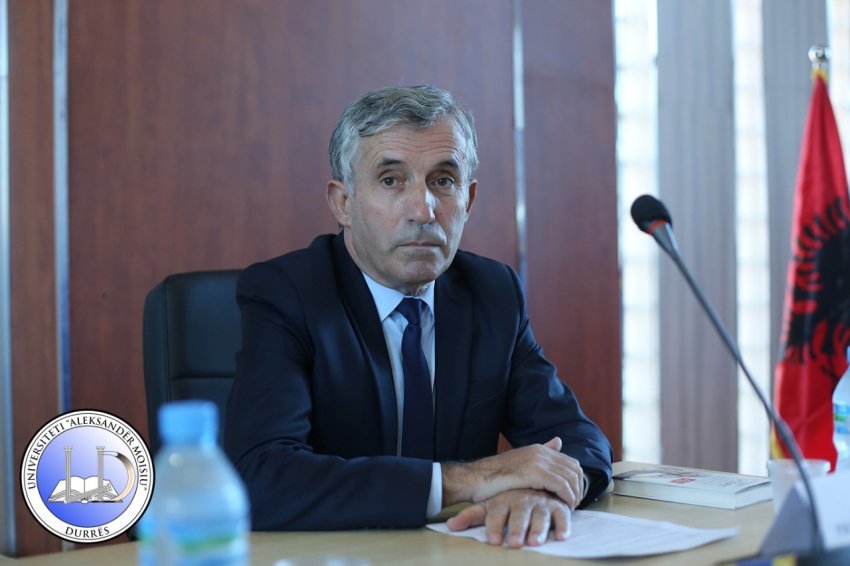 While in the US and Europe they have forgotten that Serbia has always taken the money in the West and the East has been an ally. He educated the children in the West and then instructed them according to the Orthodox faith to be collaborators of the East. “He got science from the West and he got the lie and deception from the East.” says Bytyçi.

According to him, this is the problem that Albanians are suffering today.

“And this problem has another accomplice. He is Edi Rama, who has entered as a guarantor to the Western authorities for the fact that his friend Aleksandar Vucic” is no longer the obedient of Moscow, but the ally of Brussels and Washington “! “Moscow and the Prime Minister of Albania are the two pillars of the uprising of Aleksandar Vucic to threaten the state sovereignty of Kosovo! If these two pillars were missing, then he would crouch like a chicken in his lair”, says Professor Enver Bytyçi for the newspaper “The world today”.

But can the Serbian president’s threats turn into a conflict?

“The comfort that Edi Rama showed in Pristina gives me the impression that the Prime Minister of Albania is aware of the Serbian scenario in the current conflict against Kosovo. Rama asked Kurti to withdraw special forces from the north. This means that the Serbian army is in the north. to impose the withdrawal of Kosovo special forces from Jarinje and Brnjak.If these forces withdraw from there, the implementation of the government decision to place temporary Kosovo license plates for vehicles coming from Serbia will end. paid by Belgrade will block the work of the Kosovo police in the implementation of these decisions “, declares Bytyçi.

He adds that the withdrawal of special forces will return everything to zero.

“That is why Albin Kurti does well when he demands talks, in order for the right to be faced at the table. Vucic does not accept this, because he knows that the right is not on his side. Meanwhile, the president of Serbia has operated and operates with him right of Serbs wherever you are. you’re talking to the Serbian world, just as it speaks to Russian Vladimir Putin over the world. Not only in strategy, geopolitics, political, and military and security, but also on ideology Aleksandar Vucic operates like Moscow Kremlin, “ underlines Bytyçi.

“While Edi Rama is not impressed by all these non-random approaches. He has sided with his brother regarding the Open Balkans. The cauldron boils in northern Kosovo, the war has come to the doorstep of Kosovo and the Prime Minister of Albania “He is still talking about the Open Balkans. This is the biggest absurdity of this crazy time,” added Professor Enver Bytyçi.

According to him, the Government of Kosovo must resist despite the threats.

“In my view, there is no chance for a Serbian aggression against Kosovo. If this happens, the war will start, because the Kosovo special forces will not withdraw to give way to the Serbian forces. In this war, other dangers arise. “The Serbs will flee to Serbia and the northern Albanians to Pristina. The conflict zone will be completely cleared of civilians. Nobody knows the end of this war. But it is unlikely that Serbia will win it , “ Bytyçi said.

Finally, Bytyçi says that Vuiqiiq has invested for almost a decade in the creation of the New Yugoslavia, ie the Open Balkans as it is called today.

“This investment is buried within an hour in the event of a conflict. It would politically return to zero. But let us not forget that Serbia will also be aggressive from the point of view of international law, because without any reason its army will violate a “Resolution 1244, but also the decision of the International Court of Justice in The Hague” confirms this territory that is not its own “ , concludes for the newspaper” Bota sot “, professor, doctor Enver Bytyçi.

Serbia Will Ask KFOR For Permission To Intervene In Kosovo, Vucic Says

Freedom and Occupation are Never Equal

Serbia Will Ask KFOR For Permission To Intervene In Kosovo, Vucic Says