The counting of votes in Pristina is over, these are the final results

(Complete 13:20) – it has completed the counting of votes in the capital. Vetëvendosje Movement and Democratic League of Kosovo will go to the runoff. 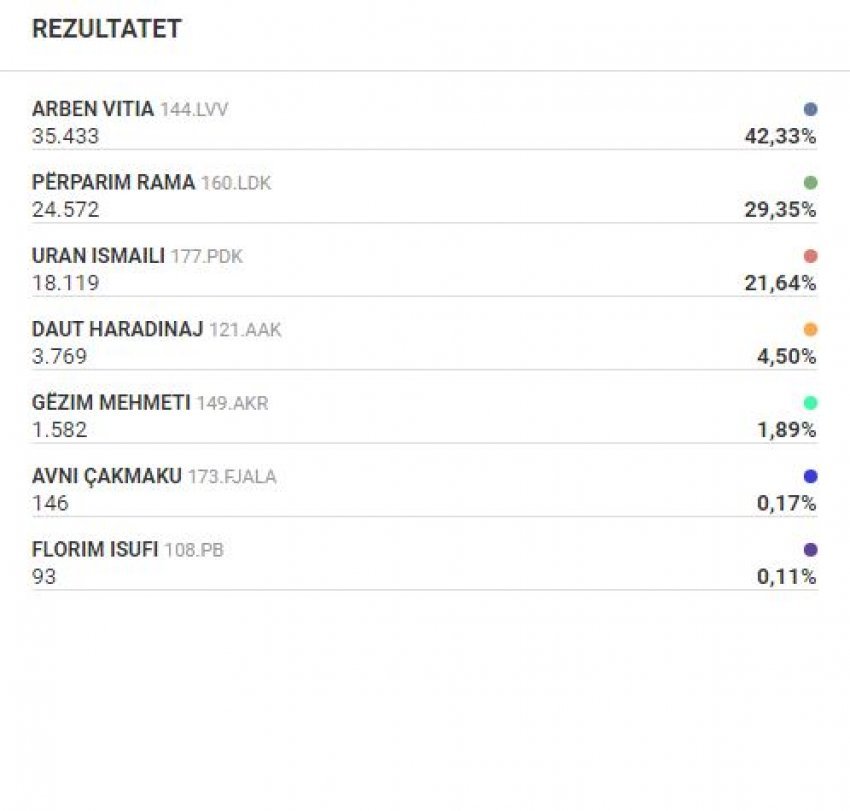 After counting 99.58 votes from the Central Election Commission in Prishtina, Arben Vitia from Lëvizja Vetëvendosje won 42.26 percent, or 35,243 votes, followed by Përparim Rama of LDK with 29.34 percent or 24,474 votes. 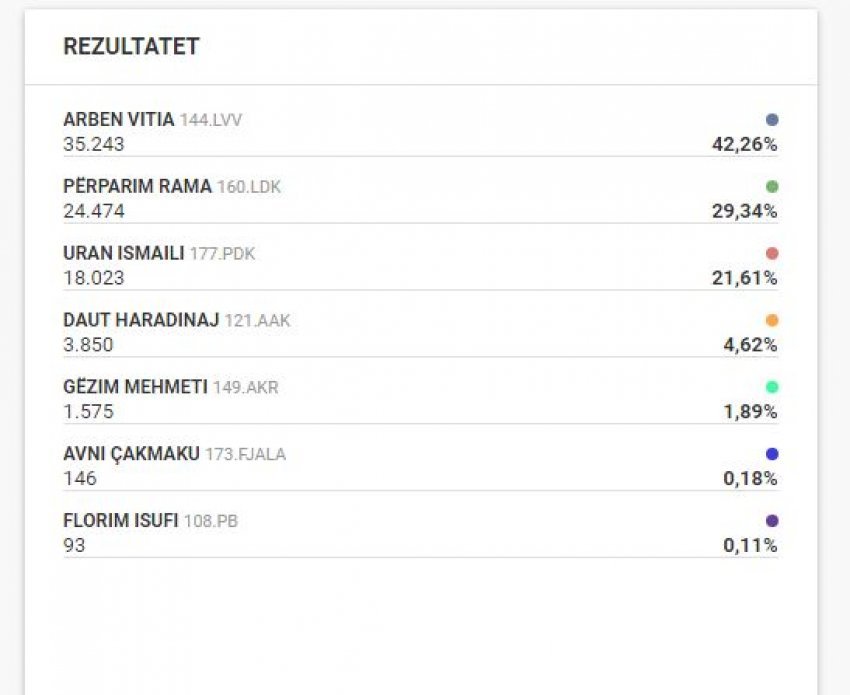 The Central Election Commission (CEC) has counted 90.12 percent of the votes in the capital.

Arben Vitia from Lëvizja Vetëvendosje leads with 42.32 percent. Përparim Rama of the Democratic League of Kosovo is ranked second with 29.24 percent.

Uran Ismaili from the Democratic Party of Kosovo has 21.72 percent. In fourth place is Daut Haradinaj from the Alliance for the Future of Kosovo (AAK) with 4.53 percent.

Arben Vitia continues to lead in the capital. According to the results so far, when about 40% of the votes were counted, the VV candidate won 42.82%, reports Bota today.

Përparim Rama from LDK has decreased with 28.99% of votes, while Uran Ismaili of PDK has increased slightly with 21.17% of votes.

Meanwhile, Daut Haradinaj has 4.61% of the votes. 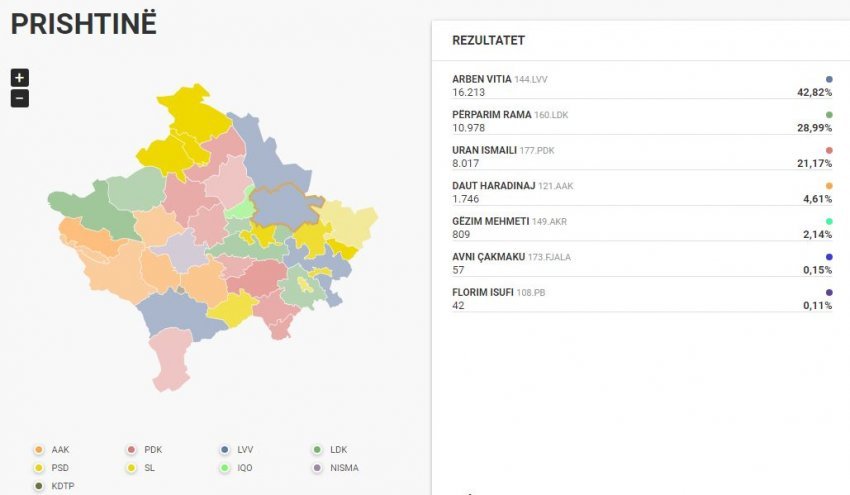 According to the results so far, Arben Vitia of VV is leading in Prishtina with 42.48% of the vote.

Meanwhile, AAK with Daut Haradinaj, received 4.76% of the vote.

Uran Ismaili won 18%, while Daut Haradinaj 5% of the vote

The Central Election Commission has started counting the votes.

Based on the first results, Vetëvendosje Movement candidate Arben Vitia leads with 41 percent.

The second is the LDK candidate Përparim Rama with 30 percent, reports Bota today.